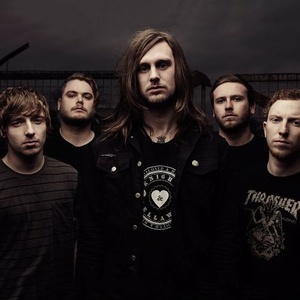 Upcoming concerts: 29
My Rock Shows — search for concerts and buy tickets in more than 50 countries.
Join us

Click Subscribe to track While She Sleeps on My Rock Shows. We'll notify you about new dates!

PRIME FEST Music Festival 2021
Line-up: While She Sleeps, The Fall Of Troy, Agent Fresco
Casalinga, Muldersdrift, South Africa
Interested
0Going
Interested
Going 0
Not interested
We have no ticket information yet, subscribe to the event and we will notify you
No Information
I have a ticket:

About While She Sleeps

While She Sleeps are an English metalcore band from Sheffield. Formed in 2006, the group consists of vocalist Lawrence Taylor, guitarists Sean Long and Mat Welsh, bassist Aaran McKenzie and drummer Adam Savage. They are currently an independent band in the UK and are signed to SharpTone Records in the US and UNFD in Australia, respectively. They have released one EP, The North Stands for Nothing, in 2010, and two studio albums, This Is the Six and Brainwashed, on 13 August 2012 and 23 March 2015 respectively. Their third album, You Are We, was released on 21 April 2017. They received the Best British Newcomer award at the Kerrang! Awards 2012.