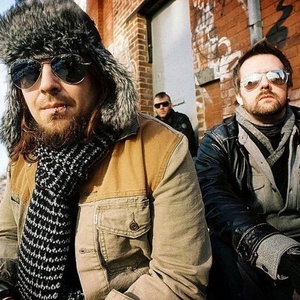 Upcoming events: 37
Subscribers:  17
My Rock Shows — search for concerts and buy tickets in more than 50 countries.
Join us

Here you can find all upcoming Seether concerts. If the concert schedule is not right, please contact us and we will add a gig of Seether in 2021 or 2022 in our database.

Click the "Subscribe" button and get notified by MyRockShows about Seether upcoming events. Explore this page to find details of upcoming events of Seether, including the venue address and tickets cost.

Please contact us in case you see a mistake in Seether events dates or if MyRockShows is leaving out any of Seether upcoming gigs.

Seether is a South African rock band founded in May 1999 in Pretoria, Gauteng, South Africa. The band originally performed under the name Saron Gas until 2002, when they moved to the United States and changed it to Seether.
Disclaimer is their original album and major label debut. They gained mainstream popularity in 2002 with their US Active Rock number one single "Fine Again", and their success was sustained in 2004 with the single "Broken" which peaked at number 20 on the Billboard Hot 100. They have experienced continued success with number one hits on the Hot Mainstream Rock Tracks chart such as "Remedy", "Fake It", "Country Song", "Words as Weapons" and "Let You Down". The band currently consists of lead vocalist/rhythm guitarist Shaun Morgan, bassist Dale Stewart, drummer John Humphrey, and touring guitarist Clint Lowery. Seether has undergone several lineup changes since their formation in 1999, with vocalist/guitarist Shaun Morgan remaining constant.

Post-Grunge Alternative Rock
They are subscribed to this band