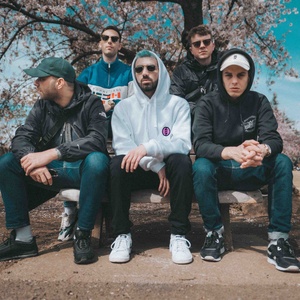 Upcoming events near: 37
Subscribers:  4
My Rock Shows — search for concerts and buy tickets in more than 50 countries.
Join us
Sign in
Follow us on social media

Here you can find all upcoming LANDMVRKS concerts. If the concert schedule is not right, please contact us and we will add a gig of LANDMVRKS in 2022 or 2023 in our database.

Click the "Subscribe" button and get notified by MyRockShows about LANDMVRKS upcoming events. Explore this page to find details of upcoming events of LANDMVRKS, including the venue address and tickets cost.

Marseille (France) based metalcore band, LANDMVRKS was created in 2014.

They released their first music video “Meaningless” in August 2014 as their first single and month after month they released others music videos as “Empty Place” “Outside and In” and “Winter” featuring Mattéo from the band Novelists.

During two years they’ve been working on their first full length named Hollow, and was released by themselves in May 2016. During a all year they were touring all over Europe, and played in great festivals with bands like Architects, Pierce the Veil, The Devil Wears Prada, While She Sleeps…

At the end of 2017 Thomas Lebreton parted ways with the band.

They signed with Arising Empire in 2018 for the release of their second album.

Our Hollow, Our Home

Djent Metalcore
They are subscribed to this band in