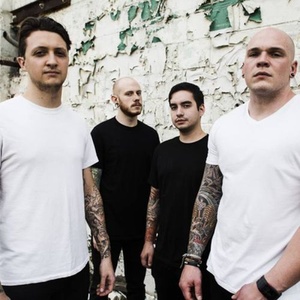 Subscribers: 3
Share with friends
My Rock Shows — search for concerts and buy tickets in more than 50 countries.
Join us
Sign in
Follow us on social media

Here you can find all upcoming Erra concerts. If the concert schedule is not right, please contact us and we will add a gig of Erra in 2023 or 2024 in our database.

Explore this page to find details of upcoming events of Erra, including the venue address and tickets cost.

Erra (stylized as ERRA) is an American progressive metalcore band from Birmingham, Alabama, formed in 2009. The band was named after the homonymous Akkadian god of war and plague. The band has released three EPs and studio albums to date. Their latest album, titled Drift, was released on April 8, 2016. They have toured with bands such as August Burns Red, TesseracT, Born of Osiris, Glass Cloud, Within the Ruins and Texas in July.

Ambient Christian Metal
They are subscribed to this band