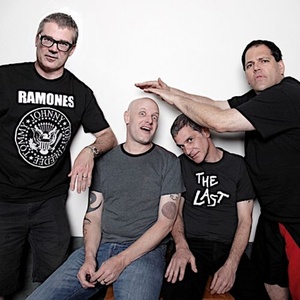 Here you can find all upcoming Descendents concerts. If the concert schedule is not right, please contact us and we will add a gig of Descendents in 2021 or 2022 in our database.

The Descendents are a punk rock band formed in 1977 in Manhattan Beach, California by guitarist Frank Navetta, bassist Tony Lombardo and drummer Bill Stevenson. In 1980, they enlisted Stevenson's school friend Milo Aukerman as a singer, and reappeared as a punk rock band, becoming a major player in the hardcore punk scene developing in Los Angeles at the time. They have released seven studio albums, three live albums, three compilation albums, and three EPs. Since 1986, the band's lineup has consisted of singer Milo Aukerman, guitarist Stephen Egerton, bassist Karl Alvarez, and drummer Bill Stevenson.