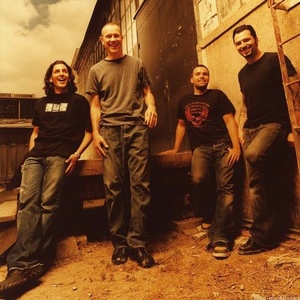 Upcoming events: 25
Subscribers:  1
My Rock Shows — search for concerts and buy tickets in more than 50 countries.
Join us

Here you can find all upcoming Helmet concerts. If the concert schedule is not right, please contact us and we will add a gig of Helmet in 2021 or 2022 in our database.

Helmet is an American alternative metal band from New York City formed in 1989. Founded by vocalist and lead guitarist Page Hamilton, Helmet has had numerous lineup changes, and Hamilton has been the only constant member.
Helmet has released eight studio albums and two compilation albums. The band found mainstream success with their 1992 major label debut Meantime, which debuted at number 68 on the Billboard 200, with singles "Unsung" and "In the Meantime". After the releases of Betty (1994) and Aftertaste (1997), Helmet broke up in 1998. However, the band reformed in 2004, and has since released four more albums ― Size Matters (2004), Monochrome (2006), Seeing Eye Dog (2010) and Dead to the World (2016).

Metalcore Post-Hardcore
They track this band: