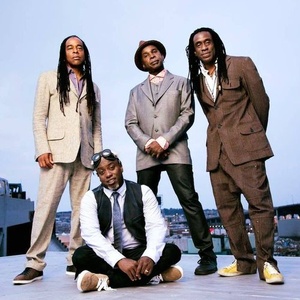 Upcoming events: 18
Subscribers:  1
My Rock Shows — search for concerts and buy tickets in more than 50 countries.
Join us

Here you can find all upcoming Living Colour concerts. If the concert schedule is not right, please contact us and we will add a gig of Living Colour in 2021 or 2022 in our database.

Please contact us in case you see a mistake in Living Colour events dates or if MyRockShows is leaving out any of Living Colour upcoming gigs.

Living Colour is an American rock band from New York City, formed in 1984. Stylistically, the band's music is a creative fusion influenced by heavy metal, funk, jazz, hip hop, country, and alternative rock. Their lyrics range from the personal to the political, in some of the latter cases attacking Eurocentrism and racism in America.
Living Colour rose to fame with their debut album Vivid in 1988. Although the band scored a number of hits, they are best remembered for their signature anthem "Cult of Personality", which won a Grammy Award for Best Hard Rock Performance in 1990. They were also named Best New Artist at the 1989 MTV Video Music Awards and won their second Grammy Award for their follow-up album Time's Up. After disbanding in 1995, Living Colour reunited in late 2000.