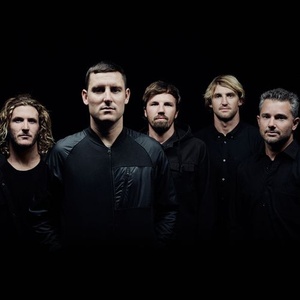 Upcoming events: 20
Subscribers:  32
My Rock Shows — search for concerts and buy tickets in more than 50 countries.
Join us
Sign in
Follow us on social media

Here you can find all upcoming Parkway Drive concerts. If the concert schedule is not right, please contact us and we will add a gig of Parkway Drive in 2022 or 2023 in our database.

Parkway Drive performing at 2007's Warped Tour
Parkway Drive is an Australian metalcore band from Byron Bay, New South Wales, formed in 2003. As of 2015, Parkway Drive has released five full-length albums (Killing with a Smile, Horizons, Deep Blue, Atlas and Ire), one EP, two DVDs, a split album and one book, titled Ten Years of Parkway Drive. The band's latest four albums have reached the top 10 of the Australian ARIA Charts, with Ire reaching number 1 in October 2015. They have sold over 230,000 records as of August 2017.
The band's line-up has been consistent since the addition of bassist Jia O'Connor in 2006, with Brett Versteeg having left in 2004 and Shaun Cash in 2006.

I Killed The Prom Queen