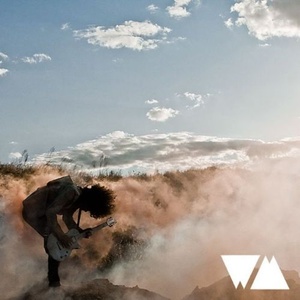 Subscribers: 21
Share with friends
My Rock Shows — search for concerts and buy tickets in more than 50 countries.
Join us
Sign in
Follow us on social media

Here you can find all upcoming Wolfmother concerts. If the concert schedule is not right, please contact us and we will add a gig of Wolfmother in 2023 or 2024 in our database.

Explore this page to find details of upcoming events of Wolfmother, including the venue address and tickets cost.

Wolfmother are an Australian hard rock band from Sydney, New South Wales. Formed in 2000 by vocalist and guitarist Andrew Stockdale, bassist and keyboardist Chris Ross and drummer Myles Heskett, the group currently includes Stockdale, bassist and keyboardist Ian Peres and drummer Hamish Rosser. Wolfmother released their self-titled debut album Wolfmother in Australia in 2005 and internationally in 2006. The album reached number 3 on the Australian Albums Chart and the top 40 in the US and the UK, and has to date sold over 1.5 million copies worldwide.
Ross and Heskett left the band in 2008. Stockdale returned with a new lineup featuring Peres, rhythm guitarist Aidan Nemeth and drummer Dave Atkins in 2009, releasing Cosmic Egg later in the year. The album reached number 3 in Australia and the top 20 in the US. After more personnel changes, the group's planned third album was released in 2013 as Keep Moving, a Stockdale solo album. Later that year, Wolfmother returned as a trio featuring Peres and drummer Vin Steele for 2014's New Crown. The band's fourth album, Victorious, was released in 2016.
Wolfmother have been categorised by various commentators within the genres of hard rock, heavy metal, stoner rock and psychedelic rock. They are often compared to influential classic rock and metal bands from the 1960s and 1970s, including Led Zeppelin, Black Sabbath, Blue Cheer and AC/DC. Frontman Stockdale has typically led songwriting for the group, although the material on the band's debut album was co-credited to Ross and Heskett. Stockdale also produced New Crown and performed bass on Victorious, and remains the only constant member of the band.

Hard Rock Heavy Metal
They are subscribed to this band