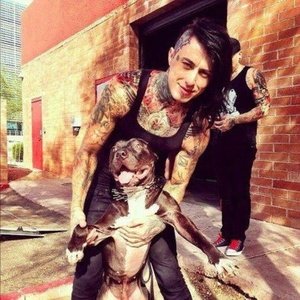 Upcoming events: 7
Subscribers:  45
My Rock Shows — search for concerts and buy tickets in more than 50 countries.
Join us
Sign in

About Falling In Reverse

Falling in Reverse is an American rock band based in Las Vegas, Nevada and formed in 2008, signed to Epitaph Records.
The band is led by vocalist Ronnie Radke alongside lead guitarist Christian Thompson, rhythm guitarist Derek Jones, bassist Zakk Sandler and touring drummer Chris Kamrada. The group released its debut album, The Drug in Me Is You, on July 26, 2011, which peaked at No. 19 on the Billboard 200, selling 18,000 copies in its first week. The band's second studio album, Fashionably Late, was released on June 18, 2013, which peaked at No. 17 on the Billboard 200. The band released their third album Just Like You on February 24, 2015. Coming Home, their latest album, was released on April 7, 2017.
The band has toured extensively in support of its releases with other musical groups such as Escape the Fate, Chelsea Grin, Atreyu, Attila, Metro Station, letlive., I See Stars, among several others.

Metalcore Emocore
They are subscribed to this band