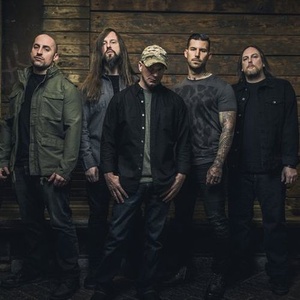 Upcoming events: 7
Subscribers:  5
My Rock Shows — search for concerts and buy tickets in more than 50 countries.
Join us

About All That Remains

All That Remains is an American heavy metal band from Springfield, Massachusetts, formed in 1998. They have released eight studio albums, a live CD/DVD, and have sold over a million records worldwide. The group currently consists of vocalist Philip Labonte, guitarists Oli Herbert and Mike Martin, bassist Aaron Patrick, and former Diecast drummer Jason Costa. Labonte and Herbert are the only original members. In spite of this, the band's line-up had remained consistent from the release of 2008's Overcome until 2015's The Order of Things, spanning four albums. This line-up changed, however, in September 2015, when long-time bassist Jeanne Sagan left the band, with Patrick taking her place.

Melodic Death Metal Modern Metal
They are subscribed to this band