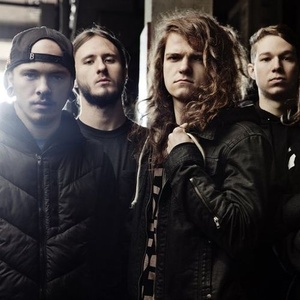 Upcoming events near: 53
Subscribers:  13
My Rock Shows — search for concerts and buy tickets in more than 50 countries.
Join us
Sign in
Follow us on social media

Here you can find all upcoming Miss May I concerts. If the concert schedule is not right, please contact us and we will add a gig of Miss May I in 2022 or 2023 in our database.

Click the "Subscribe" button and get notified by MyRockShows about Miss May I upcoming events. Explore this page to find details of upcoming events of Miss May I, including the venue address and tickets cost.

About Miss May I

Miss May I is an American metalcore band from Troy, Ohio. Formed in 2007, they signed to Rise Records in 2008 and released their debut album, Apologies Are for the Weak through the label while the members were still attending high school. The album reached 76 on the Billboard 200, No. 29 on Billboard's Top Heatseekers, and No. 66 on Top Independent Albums. The band has also had some of their material featured in big name productions; the song "Forgive and Forget" is featured on the Saw VI Original Motion Picture Soundtrack, and their song "Apologies Are for the Weak" is included in the video game Saints Row: The Third.
The band has retained the same lineup since its formation, with the only exception being bassist Ryan Neff, who left the band in 2007 and rejoined in 2009. Miss May I released their second studio album, Monument, on August 16, 2010; their third album, At Heart, on June 12, 2012; their fourth, Rise of the Lion, on April 29, 2014; and their fifth, Deathless, on August 7, 2015. On June 24, 2016, the band left Rise Records and signed with SharpTone Records.

I Killed The Prom Queen

Deathcore Melodic Metalcore
They are subscribed to this band in