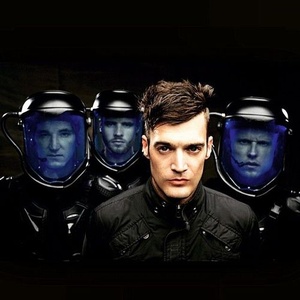 Upcoming events: 43
Subscribers:  34
My Rock Shows — search for concerts and buy tickets in more than 50 countries.
Join us
Sign in

Here you can find all upcoming Starset concerts. If the concert schedule is not right, please contact us and we will add a gig of Starset in 2021 or 2022 in our database.

Click the "Subscribe" button and get notified by MyRockShows about Starset upcoming events. Explore this page to find details of upcoming events of Starset, including the venue address and tickets cost.

Starset is a rock band from Columbus, Ohio, United States, formed by Dustin Bates in 2013. They released their debut album, Transmissions, the following year and their second album, Vessels, on January 20, 2017. The band has found success in expanding the ideas of their concept albums through social media and YouTube, with the band generating over $230,000 in revenue from views from the latter as of November 2016. Their single "My Demons" had accumulated over 280 million YouTube views in the same time period. Their most commercially successful song, "Monster", peaked at number 2 on the Billboard US Mainstream Rock Songs chart in May 2017.

Hard Rock Modern Metal
They are subscribed to this band