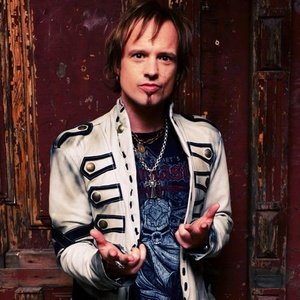 Upcoming events: 1
Subscribers:  13
My Rock Shows — search for concerts and buy tickets in more than 50 countries.
Join us
Sign in
Follow us on social media

Here you can find all upcoming Avantasia concerts. If the concert schedule is not right, please contact us and we will add a gig of Avantasia in 2022 or 2023 in our database.

Click the "Subscribe" button and get notified by MyRockShows about Avantasia upcoming events. Explore this page to find details of upcoming events of Avantasia, including the venue address and tickets cost.

Avantasia is a German supergroup rock opera project created by Tobias Sammet, vocalist of the band Edguy. It has been characterized as a rock opera, as it features the contributions of various vocalists and musicians and it consists of concept albums. The name is a portmanteau of the words "avalon" and "fantasia" ("fantasy") and describes "a world beyond human imagination" (a quotation from the booklet).
The project can be divided into three periods of activity. The first, 1999–2002, saw the release of a self-titled single and the full-length albums The Metal Opera and The Metal Opera Part II. The second, 2006–2011, consists of the EPs Lost in Space Part I & II and The Wicked Trilogy, composed of the albums The Scarecrow, The Wicked Symphony and Angel of Babylon. The third period, 2013–2016, begins with the album The Mystery of Time and ends with the Ghostlights release.
Some of the guest vocalists and musicians that have been featured on Avantasia are: Michael Kiske, Jørn Lande, Alice Cooper, Klaus Meine, Dee Snider, Jon Oliva, Biff Byford, Joe Lynn Turner, Tim "Ripper" Owens, Geoff Tate, Kai Hansen, Rudolf Schenker, Bruce Kulick, Sascha Paeth, Eric Singer, Eric Martin, Bob Catley, Roy Khan, Russell Allen, Marco Hietala, Henjo Richter, Markus Grosskopf, Timo Tolkki, Jens Johansson, Rob Rock, David Defeis, Andre Matos, Sharon den Adel, Arjen Anthony Lucassen, Ronnie Atkins, Oliver Hartmann and Amanda Somerville.

Heavy Metal Power Metal
They are subscribed to this band in