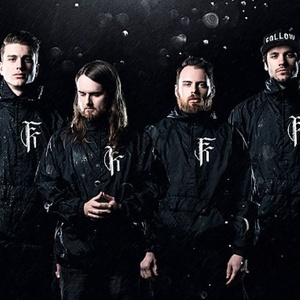 Upcoming concerts: 33
My Rock Shows — search for concerts and buy tickets in more than 50 countries.
Join us

Here you can find all upcoming Fit For A King concerts. If the concert schedule is not right, please contact us and we will add a gig of Fit For A King in 2021 or 2022 in our database.

Click Subscribe to track Fit For A King on My Rock Shows. We'll notify you about new dates!

About Fit For A King

Fit for a King, also known as FFAK, is an American Christian metalcore band from Dallas, Texas that started in 2007. They released two independent EPs in 2008 entitled Fit for a King and 2009's Awaken the Vesper and they released one independent album, Descendants, in 2011. Then, the band released four studio albums with their label Solid State Records entitled Creation/Destruction (2013), a re-recorded Descendants (2013), Slave to Nothing (2014) and Deathgrip (2016).