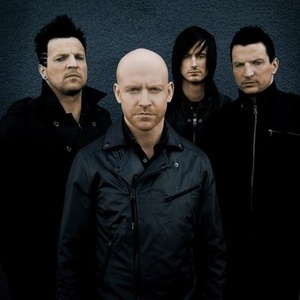 Subscribers: 58
Share with friends
My Rock Shows — search for concerts and buy tickets in more than 50 countries.
Join us
Sign in
Follow us on social media

Here you can find all upcoming RED concerts. If the concert schedule is not right, please contact us and we will add a gig of RED in 2023 or 2024 in our database.

Explore this page to find details of upcoming events of RED, including the venue address and tickets cost.

Red (also stylized R3D or RED) is an American rock band from Nashville, Tennessee, formed in 2002 by brothers guitarist Anthony Armstrong and bassist Randy Armstrong, with lead vocalist Michael Barnes. The band's first lineup also consisted of gutiarist Andrew Hendrix and drummer Jasen Rauch. Since 2014, the band's line-up has consisted of the core trio of the Armstrongs and Barnes with touring drummer Dan Johnson.
After they recorded several demos that displayed a style of alternative, hard, and Christian rock music, Red landed a development deal with their longtime producer Rob Graves which led to a record deal with Christian label Essential Records in 2004. Their debut albums End of Silence (2006) and Innocence & Instinct (2009) were nominated for a Grammy Award for Best Rock Gospel Album, and spawned the popular singles "Breathe Into Me" and "Death of Me". Red's mainstream popularity grew and their third album, Until We Have Faces (2011), reached No. 2 on the Billboard 200, which was followed by Release the Panic (2013), which peaked at No. 7. After Of Beauty and Rage (2015), Red started work on their sixth album, Gone (2017), which is set for release in October 2017.

Alternative Rock Christian Rock
They are subscribed to this band