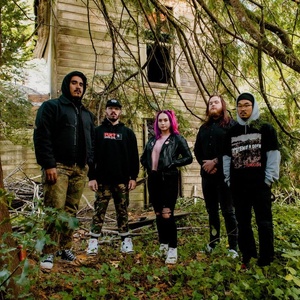 Subscribers: 0
Share with friends
My Rock Shows — search for concerts and buy tickets in more than 50 countries.
Join us
Sign in
Follow us on social media

Here you can find all upcoming concerts of Dying Wish. You can see the concert schedule of Dying Wish, buy tickets and find out the addresses of venues.

If the tour dates of Dying Wish are not right, please contact us and we will add the events in our database.

Dying Wish is an American metalcore band from Portland, Oregon, formed in 2018. In less than two years after their formation, they were anointed by the extreme metal press as one of 5 Bands You Need To Know (Revolver) and a Band To Watch In 2020 (Dead Press). On the strength of a furious demo offering a maelstrom of Hatebreed, Bleeding Through, and early Converge inspired riffage, coupled with a split EP with Canada’s Serration, Dying Wish secured a coveted spot on Brooklyn Vegan’s Metal Albums We’re Anticipating In 2020. Within the stacked modern hardcore scene, Portland's Dying Wish is quietly producing bulldozer-like cuts that nod to the chaos of late-Nineties metalcore, but with an extra dose of venom and vitriol. DYING WISH align themselves with the continuing battle for liberation, encompassing the issues affecting BIPOC, the environment, policing, and more intersectional causes while dealing in personal tribulation and trauma in equal measure. They make music aimed at unity but without compromise. Abolition, revolution, and liberation, in spirit and song, is the heart of DYING WISH.