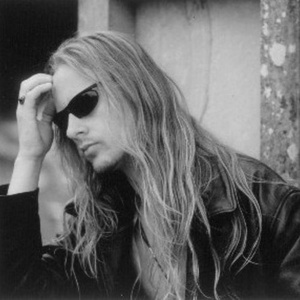 Upcoming events: 32
Subscribers:  4
My Rock Shows — search for concerts and buy tickets in more than 50 countries.
Join us
Sign in

Here you can find all upcoming Jerry Cantrell concerts. If the concert schedule is not right, please contact us and we will add a gig of Jerry Cantrell in 2021 or 2022 in our database.

Jerry Fulton Cantrell Jr. (born March 18, 1966) is an American musician who is best known as the founder, lead guitarist, co-lead vocalist and main songwriter for the rock band Alice in Chains. He also has a solo career and released the albums Boggy Depot in 1998 and Degradation Trip Volumes 1 & 2 in 2002. Cantrell has also collaborated and performed with Heart, Ozzy Osbourne, Metallica, Pearl Jam, Deftones, Danzig, Metal Church, Damageplan and Gov't Mule.
Cantrell had small roles in the films Jerry Maguire (1996) and Rock Slyde (2009). He also acted in the Alice in Chains mockumentaries The Nona Tapes (1995) and AIC 23 (2013).

Britpop Indie Rock
They are subscribed to this band