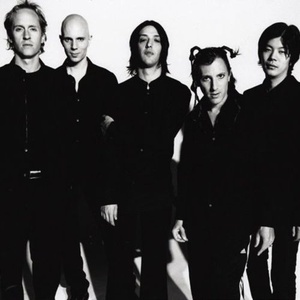 Upcoming events: 0
Subscribers:  57
My Rock Shows — search for concerts and buy tickets in more than 50 countries.
Join us
Sign in
Follow us on social media

Filter by countries
All
See past events of A Perfect Circle →

There are no upcoming events of A Perfect Circle, you might be interested in the following events nearby:

About A Perfect Circle

A Perfect Circle is an American rock supergroup formed in 1999 by guitarist Billy Howerdel and Tool vocalist Maynard James Keenan. A Perfect Circle has released three albums: their debut Mer de Noms in 2000, a follow up, Thirteenth Step in 2003, and an album of radically re-worked cover songs titled Emotive in 2004. Shortly after Emotive's release, the band went into hiatus while Keenan returned to Tool and starting up solo work in the form of the band Puscifer, and Howerdel releasing a solo album, Keep Telling Myself It's Alright, under the moniker Ashes Divide. Band activity was sporadic in the coming years; the band reformed in 2010, and played live shows on and off between 2010 and 2013, but fell into inactivity after the release of their greatest hits album, Three Sixty, and a live album box set, A Perfect Circle Live: Featuring Stone and Echo in late 2013. However, in 2017, the band returned to touring and announced plans to record and release a fourth studio album under a new record label, BMG Rights Management, between late 2017 and early 2018.
Prone to downtime due to Keenan's other musical commitments, the band has featured a variety of musicians in the rest of the band's role throughout its alternating periods of activity and inactivity. The original incarnation of the band included Paz Lenchantin on bass, Troy Van Leeuwen on guitar, and Josh Freese on drums, though Primus drummer Tim Alexander had briefly stood in as a drummer prior to Freese in the band's initial live shows prior to releasing any material. Band collaborator and producer Danny Lohner and Marilyn Manson bassist Jeordie White were also members for a short period in the early 2000s. The band's current lineup features former Smashing Pumpkins guitarist James Iha, bassist Matt McJunkins, and drummer Jeff Friedl, the latter two also being contributors to the related Puscifer and Ashes Divide projects. Despite the varied cast and numerous lineup changes, the stylistic content of the songs has remained consistent with Howerdel as music composer, and Keenan penning the lyrics and vocal melodies. The band's studio albums have been generally well received critically and commercially, with their three studio albums selling 4 million copies collectively as of 2005.

Hard Rock Heavy Metal
They are subscribed to this band in