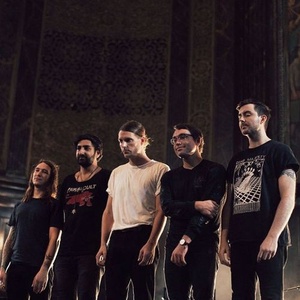 Upcoming events: 30
Subscribers:  2
My Rock Shows — search for concerts and buy tickets in more than 50 countries.
Join us
Sign in
Follow us on social media

Here you can find all upcoming Deafheaven concerts. If the concert schedule is not right, please contact us and we will add a gig of Deafheaven in 2022 or 2023 in our database.

Click the "Subscribe" button and get notified by MyRockShows about Deafheaven upcoming events. Explore this page to find details of upcoming events of Deafheaven, including the venue address and tickets cost.

Deafheaven is an American metal band formed in 2010. Originally based in San Francisco, the group began as a two-piece with singer George Clarke and guitarist Kerry McCoy, who recorded and self-released a demo album together. Following its release, Deafheaven recruited three new members and began to tour. Before the end of 2010, the band signed to Deathwish Inc. and later released their debut album Roads to Judah, in April 2011. A follow-up album, Sunbather, was released in 2013 to wide critical acclaim, becoming one of the most praised albums of the year in the United States. In 2015 the band released their third album, New Bermuda.
Deafheaven's musical style has been described by Rolling Stone as a "boundary-pushing blend of black metal, shoegaze and post-rock". McCoy has cited various other influences on the band's sound, including alternative rock and early thrash metal, and said they do not consider themselves a black metal band, as although influenced by the genre, they do not have "the ethos, the aesthetic or really the sound of one". In a 2017 interview with Red Bull Music Academy Daily, McCoy stated: "The whole shoegaze/black metal, or post-black metal thing, was being done ten years before we were a band."

Have a Nice Life

Post-Black Metal
They are subscribed to this band