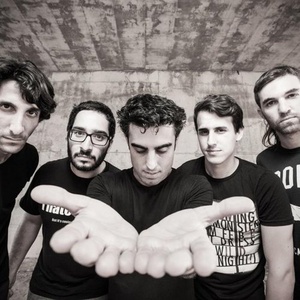 Upcoming events: 1
Subscribers:  0
My Rock Shows — search for concerts and buy tickets in more than 50 countries.
Join us

Here you can find all upcoming Walkways concerts. If the concert schedule is not right, please contact us and we will add a gig of Walkways in 2021 or 2022 in our database.

Click the "Subscribe" button and get notified by MyRockShows about Walkways upcoming events. Explore this page to find details of upcoming events of Walkways, including the venue address and tickets cost.

Walkways is an alternative metal band based in Tel Aviv, Israel. The band started off in 2006 under a different moniker and line-up but solidified in 2010. The band is driven with a goal to keep sane and evolve into more humane and moral people while writing their music - the soundtrack of the highs and lows of their lives.

The album "Safe in Sound" was released in May 2013, and was mixed and mastered by Jens Bogren (Opeth, Katatonia, Soilwork, James LaBrie..) at Fascination Street Studios in Sweden. It was recorded in different studios in Israel, and was produced independently by the band. The album displays a wide array of songs - each song is composed and arranged to fit the lyrics - that come from personal experiences, to bring out all the causes and emotions that gave birth to the text which tell the familiar stories of dealing with the natural impulses of the human mind, and maintaining an aware and controlled mind.