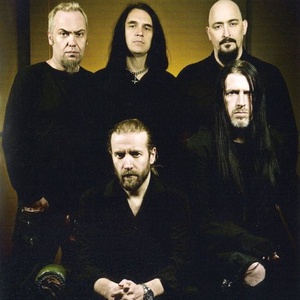 Here you can find all upcoming Paradise Lost concerts. If the concert schedule is not right, please contact us and we will add a gig of Paradise Lost in 2021 or 2022 in our database.

Past events of band Paradise Lost →

Paradise Lost are a gothic metal band that formed in 1988 in Halifax, England and are considered by some to be one of the pioneers of the death-doom genre and of the gothic metal genre. Paradise Lost has proven to be an influential band, with Jonas Renkse of Katatonia saying that his band started off "as Paradise Lost fanboys".
Their line-up has remained stable for such a long-standing heavy metal band, consisting of singer Nick Holmes, guitarists Greg Mackintosh and Aaron Aedy, and bassist Steve Edmondson. Holmes and Mackintosh are the principal composers, with almost all of the band's songs credited to them. During the years, the band has only changed drummers.

Gothic Metal
They track this band: