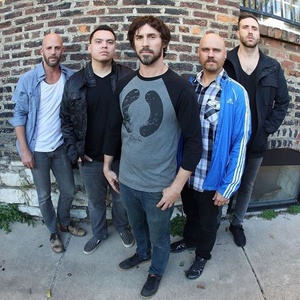 Upcoming events: 36
Subscribers:  14
My Rock Shows — search for concerts and buy tickets in more than 50 countries.
Join us
Sign in

Here you can find all upcoming 10 years concerts. If the concert schedule is not right, please contact us and we will add a gig of 10 years in 2021 or 2022 in our database.

Click the "Subscribe" button and get notified by MyRockShows about 10 years upcoming events. Explore this page to find details of upcoming events of 10 years, including the venue address and tickets cost.

10 Years is an American alternative metal band, formed in Knoxville, Tennessee in 1999. The band consists of Jesse Hasek (lead vocals), Brian Vodinh (drums, guitar, backing vocals), Chad Huff (bass guitar) and Matt Wantland (guitar). To date, they have released seven albums, the latest of which, From Birth to Burial, was released in April 2015. Their eighth studio album, (How to Live) As Ghosts, is scheduled for release on October 27, 2017.

Alternative Rock Classic Rock
They are subscribed to this band