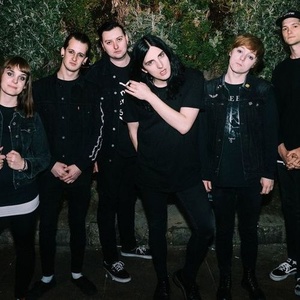 Upcoming events: 12
Subscribers:  1
My Rock Shows — search for concerts and buy tickets in more than 50 countries.
Join us

Here you can find all upcoming Creeper concerts. If the concert schedule is not right, please contact us and we will add a gig of Creeper in 2021 or 2022 in our database.

Creeper are an English horror punk band from Southampton, Hampshire. Formed in 2014, the group features lead vocalist Will Gould, guitarists Ian Miles and Oliver Burdett (who replaced Sina Nemati in 2015), keyboardist and second vocalist Hannah Greenwood, bassist Sean Scott and drummer Dan Bratton. Creeper released their self-titled debut extended play (EP) Creeper in 2014, which was followed by The Callous Heart and The Stranger on Roadrunner Records in 2015 and 2016, respectively. They released their debut full-length album Eternity, in Your Arms in 2017, which debuted at number 18 on the UK Albums Chart.
Formed through their mutual involvement in hardcore punk and post-hardcore groups in the Southampton area, Creeper are musically and stylistically influenced by fellow "goth punk" groups including AFI and Alkaline Trio, as well as more traditional punk rock acts like The Bouncing Souls and glam rock artists such as David Bowie. The band's songwriting is typically led by Gould and Miles, although Nemati also co-wrote many of their early songs. Creeper have been hailed by numerous critics as one of the best new rock bands since their formation, winning a Kerrang! Award and a Metal Hammer Golden Gods Award in 2016.

Pop Punk
They track this band: