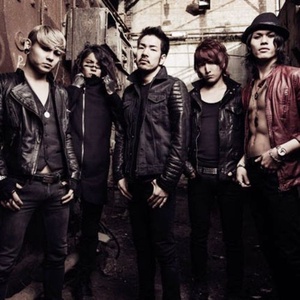 Here you can find all upcoming Crossfaith concerts. If the concert schedule is not right, please contact us and we will add a gig of Crossfaith in 2021 or 2022 in our database.

Crossfaith (クロスフェイス) are a Japanese heavy metal band from Osaka that was formed in 2006. The band released their first demo "Blueprint of Reconstruction" in 2008. The band consists of vocalist Kenta Koie, guitarist Kazuki Takemura, Hiroki Ikegawa on bass guitar, drummer Tatsuya Amano and Terufumi Tamano on keyboards. They are renowned for their fusion of metal and hardcore with dubstep and electronic dance music, and for their intense live performances.
They released their first studio album "The Artificial Theory for the Dramatic Beauty" through Zestone Records in 2009, and their second studio album "The Dream, The Space" in 2011 through Tragic Hero Records. Crossfaith then released their second EP "Zion" in September 2012, this acted as a promotional release to countries outside Japan.