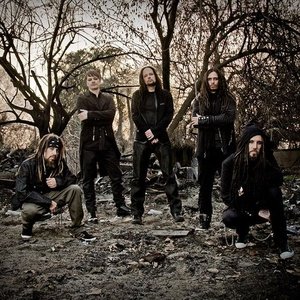 Upcoming events: 53
Subscribers:  26
My Rock Shows — search for concerts and buy tickets in more than 50 countries.
Join us

Here you can find all upcoming Korn concerts. If the concert schedule is not right, please contact us and we will add a gig of Korn in 2021 or 2022 in our database.

Click the "Subscribe" button and get notified by MyRockShows about Korn upcoming events. Explore this page to find details of upcoming events of Korn, including the venue address and tickets cost.

Please contact us in case you see a mistake in Korn events dates or if MyRockShows is leaving out any of Korn upcoming gigs.

Korn (stylized as KoЯn) is an American nu metal band from Bakersfield, California, formed in 1993. The band's current lineup includes founding members James "Munky" Shaffer (rhythm guitar), Reginald "Fieldy" Arvizu (bass), Brian "Head" Welch (lead guitar, backing vocals), and Jonathan Davis (lead vocals, bagpipes), with the addition of Ray Luzier (drums), who replaced the band's original member, David Silveria in 2007. Korn was originally formed by three of the members of the band L.A.P.D.
Korn made a demo tape, Neidermayer's Mind, in 1993, which was distributed free to record companies and on request to members of the public. Their debut album, Korn, was released in 1994, followed by Life Is Peachy in 1996. The band experienced mainstream success with Follow the Leader (1998) and Issues (1999), both of which debuted at number one on the Billboard 200. The band's mainstream success continued with Untouchables (2002), Take a Look in the Mirror (2003) and See You on the Other Side (2005).
A compilation album, Greatest Hits Vol. 1, was released in 2004, spanning a decade of singles and concluding the band's recording contract with Immortal Records and Epic Records. They signed to Virgin Records, releasing See You on the Other Side in 2005, and an untitled album in 2007. Korn's other recent albums, Korn III: Remember Who You Are (2010) and The Path of Totality (2011), were released via Roadrunner Records, The Paradigm Shift (2013) being released via Prospect Park and Caroline Records. Their latest album, The Serenity of Suffering, was released on October 21, 2016.
As of 2012, Korn had sold around 35 million copies worldwide. Twelve of the band's official releases have peaked in the top ten of the Billboard 200, eight of which have peaked in the top five. Seven official releases are certified platinum by the Recording Industry Association of America (RIAA), two are certified double platinum, one is certified triple platinum, one is certified five times platinum and two are certified Gold. Korn has released seven video albums and thirty-nine music videos. The band has released forty-one singles, twenty-eight of which have charted. Korn has earned two Grammy Awards out of eight nominations and two MTV Video Music Awards out of eleven nominations.

Christian Metal Alternative Metal
They are subscribed to this band