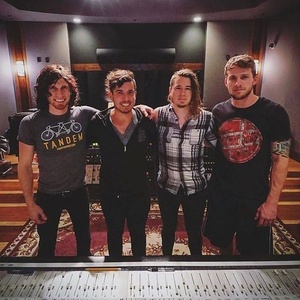 Upcoming events: 0
Subscribers:  4
My Rock Shows — search for concerts and buy tickets in more than 50 countries.
Join us

Here you can find all upcoming Nothing More concerts. If the concert schedule is not right, please contact us and we will add a gig of Nothing More in 2021 or 2022 in our database.

Past events of band Nothing More →

There are no upcoming events of band Nothing More, you might be interested in the following events nearby:

Nothing More is an American rock/metal band formed in 2003 from San Antonio, Texas. The current members are vocalist/additional drummer Jonny Hawkins, lead guitarist Mark Vollelunga, bassist Daniel Oliver and their newest drummer, Ben Anderson. The ensemble has released five studio albums to date, including their self-titled album released in 2014. The lead single off their self-titled debut, entitled "This is the Time (Ballast)", hit number 1 on the Mediabase Active Rock chart and number 2 on the Billboard Mainstream Rock chart.