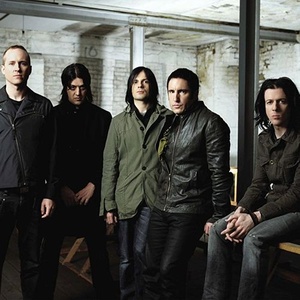 Upcoming events: 5
Subscribers:  4
My Rock Shows — search for concerts and buy tickets in more than 50 countries.
Join us

Here you can find all upcoming Nine Inch Nails concerts. If the concert schedule is not right, please contact us and we will add a gig of Nine Inch Nails in 2021 or 2022 in our database.

Nine Inch Nails (abbreviated as NIN and stylized as NIИ) is an American industrial rock band founded in 1988 by Trent Reznor in Cleveland, Ohio. The band released two influential albums during the 1990s – The Downward Spiral (1994) and The Fragile (1999) – and has record sales exceeding over 20 million copies worldwide, with 10 million sales certified in the United States alone.
Despite their success, the band has had several feuds with the corporate side of the recording industry. The first was their notable conflict with TVT Records regarding the band's first album, Pretty Hate Machine, which led Reznor to record his follow-up album in secrecy to avoid the label's influence. NIN signed to Interscope Records afterward, but after the release of their fifth studio album Year Zero in 2007, Reznor announced that the band would release future material independently. The band signed with Columbia Records for the release of their eighth album Hesitation Marks (2013) but returned to self-releasing material with the second Nine Inch Nails EP, Not the Actual Events (2016).
As the band's main producer, singer, songwriter, and instrumentalist, Reznor was considered the only constant member and creative force within the group through much of its history. However, this changed in 2016 when Atticus Ross was introduced as a permanent member of Nine Inch Nails, alongside the announcement of the Not the Actual Events EP. Furthermore, Reznor typically assembles a live band to perform with him onstage. These touring bands comprise a revolving lineup, and often rearrange songs to fit a live setting. Nine Inch Nails often employs thematic visual elements to accompany on stage performances as well, which frequently include elaborate light shows.
Nine Inch Nails has been nominated for thirteen Grammy Awards, winning twice for the songs "Wish" and "Happiness in Slavery" in 1992 and 1996, respectively. In 1997, Reznor appeared in Time magazine's list of the year's most influential people, and Spin magazine has described him as "the most vital artist in music". In 2004, Rolling Stone placed Nine Inch Nails at 94 on its list of the 100 greatest artists of all time. In 2014, Nine Inch Nails was named as nominees for induction into the Rock and Roll Hall of Fame, their first year of eligibility. In 2015, they were nominated a second time.