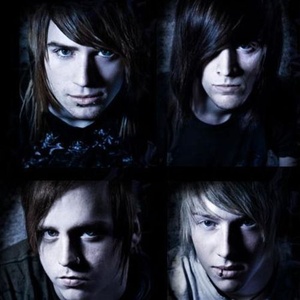 Upcoming events: 0
Subscribers:  4
My Rock Shows — search for concerts and buy tickets in more than 50 countries.
Join us

Here you can find all upcoming Blessthefall concerts. If the concert schedule is not right, please contact us and we will add a gig of Blessthefall in 2021 or 2022 in our database.

See past events of Blessthefall →

There are no upcoming events of band Blessthefall

Blessthefall (stylized as blessthefall or BLESSTHEFALL prior to 2013) is an American metalcore band from Scottsdale, Arizona, signed to Fearless Records. The band was founded in 2004 by guitarist Mike Frisby, drummer Matt Traynor, and bassist Jared Warth. Their debut album, His Last Walk, with original vocalist Craig Mabbitt, was released April 10, 2007. Their second studio album, Witness, with current vocalist Beau Bokan, was released October 6, 2009. Their third studio album, Awakening, was released on October 4, 2011. Their fourth studio album, Hollow Bodies, was released on August 20, 2013. To Those Left Behind is the band's fifth full-length album, released on September 18, 2015.

Glamour Of The Kill

Heavy Metal Melodic Metalcore
They are subscribed to this band