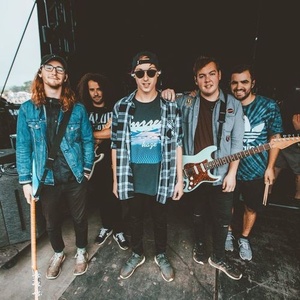 Here you can find all upcoming State Champs concerts. If the concert schedule is not right, please contact us and we will add a gig of State Champs in 2021 or 2022 in our database.

State Champs is an American pop punk band from Albany, New York, formed in 2010. They are currently signed to Pure Noise Records and have released three EPs and two full-length albums. They released an acoustic EP titled The Acoustic Things in October 2014 and their second full-length album Around the World and Back one year later, in October 2015. In May 2017, they will released a deluxe version of their album Around the World and Back, along with a DVD of footage from their last few tours. Their 2013 full-length, The Finer Things, debuted at number 2 on the Billboard Heatseekers Albums chart.