Home  →  Bands by countries  →  Bands from USA  →  Sleeping with Sirens 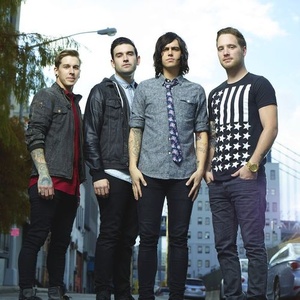 Upcoming events: 26
Subscribers:  34
My Rock Shows — search for concerts and buy tickets in more than 50 countries.
Join us
Sign in
Follow us on social media

About Sleeping with Sirens

Sleeping with Sirens is an American rock band from Orlando, Florida currently residing in Grand Rapids, Michigan. The band was formed in 2009 by members of For All We Know and Paddock Park. The group is currently signed to Warner Bros. Records and have released four full-length albums and an acoustic EP. They rose to fame by their song "If I'm James Dean, You're Audrey Hepburn" which is the lead single from their debut album With Ears to See and Eyes to Hear which released in 2010. The group's third album Feel debuted at No. 3 on the US Billboard 200, and a fourth album entitled Madness was released on March 17, 2015 through Epitaph Records and spawned the single "Kick Me". Their fifth studio album, Gossip, was released on September 22, 2017 on Warner Bros. Records. The group is known primarily for the versatility of vocalist Kellin Quinn's leggero tenor vocal range, along with the heavy sound used on their early work and the pop influences they used later into their career.