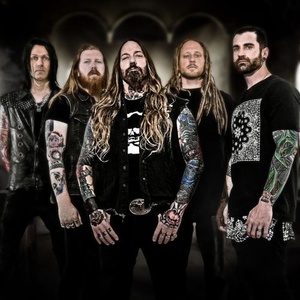 Here you can find all upcoming Devildriver concerts. If the concert schedule is not right, please contact us and we will add a gig of Devildriver in 2021 or 2022 in our database.

DevilDriver are an American heavy metal band from Santa Barbara, California, formed in 2002, consisting of vocalist Dez Fafara (the only remaining original member), guitarists Mike Spreitzer and Neal Tiemann, drummer Austin D'Amond, and bassist Diego "Ashes" Ibarra. The band was originally named Deathride, however, due to copyright issues and the name being taken by several bands, Deathride changed its name to DevilDriver, which refers to bells Italian Wiccans used to drive evil forces away.