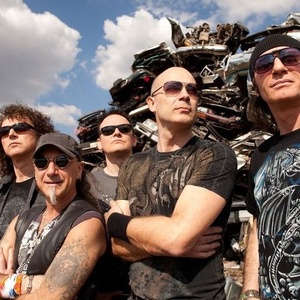 Upcoming events: 34
Subscribers:  36
My Rock Shows — search for concerts and buy tickets in more than 50 countries.
Join us
Sign in
Follow us on social media

Here you can find all upcoming Accept concerts. If the concert schedule is not right, please contact us and we will add a gig of Accept in 2022 or 2023 in our database.

Click the "Subscribe" button and get notified by MyRockShows about Accept upcoming events. Explore this page to find details of upcoming events of Accept, including the venue address and tickets cost.

Accept is a German heavy metal band from the town of Solingen, originally assembled by former vocalist Udo Dirkschneider, guitarist Wolf Hoffmann and bassist Peter Baltes. Their beginnings can be traced back to the late 1960s. The band played an important role in the development of speed and thrash metal, being part of the German heavy metal scene, which emerged in the early to mid-1980s. Accept achieved commercial success with their fifth studio album Balls to the Wall (1983), which is the band's only album to be certified gold in the United States and Canada, and spawned their well-known hit "Balls to the Wall".
Following their disbandment in 1997 and short-lived reunion in 2005, Accept reunited again in 2009 with former T.T. Quick frontman Mark Tornillo replacing Dirkschneider, and released their three highest charting albums to date, Blood of the Nations (2010), Stalingrad (2012) and Blind Rage (2014), the latter of which was Accept's first album to reach number one on the charts in their home country. The band's most recent album, The Rise of Chaos, was released on August 4, 2017.

Heavy Metal
They are subscribed to this band in