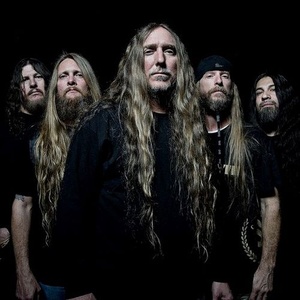 Here you can find all upcoming Obituary concerts. If the concert schedule is not right, please contact us and we will add a gig of Obituary in 2021 or 2022 in our database.

Obituary is an American death metal band formed in October 1984 in Tampa, Florida. Initially called Executioner, the band changed their name to Xecutioner in 1986 to avoid confusion with the thrash metal band Executioner from Boston, and then changed their name once again to Obituary in 1988. The band's current lineup consists of vocalist John Tardy, lead guitarist Kenny Andrews, rhythm guitarist Trevor Peres, bassist Terry Butler, and drummer Donald Tardy. Obituary has gone through several lineup changes, with Peres and the Tardy brothers being the only constant members. The band was a fundamental act in the development of death metal music, and is one of the most successful death metal bands of all time. To date, Obituary has released ten studio albums, and with the exception of their 1997–2003 split, they continue to perform live around the world.