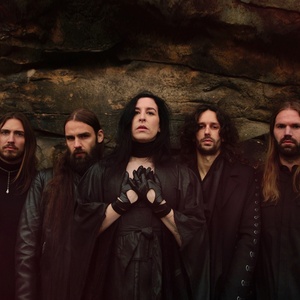 Upcoming events: 13
Subscribers:  0
My Rock Shows — search for concerts and buy tickets in more than 50 countries.
Join us
Sign in
Follow us on social media

Here you can find all upcoming DOOL concerts. If the concert schedule is not right, please contact us and we will add a gig of DOOL in 2022 or 2023 in our database.

Click the "Subscribe" button and get notified by MyRockShows about DOOL upcoming events. Explore this page to find details of upcoming events of DOOL, including the venue address and tickets cost.

Since their hatching from underneath the industrial fumes of Dutch harbour city Rotterdam back in 2015, DOOL has undeniably left their gloomy mark on the European dark rock scene. After having risen from the ashes of both ‘The Devil’s Blood’ and ‘Elle Bandita’, this pack of wildlings has gathered and set their collective goal to achieve creative evolution and spiritual ascension through the unity that was since then called ‘DOOL’.

‘DOOL’ being derived from the Dutch word for ‘wandering’, the five-piece started soul-searching their way through rhythms and melodies that would soon evolve into their debut album ‘Here Now, There Then’. A first glimpse of what DOOL was becoming was unveiled by the single ‘Oweynagat’ and its eerie and mysterious accompanying video. The full album was released in 2017 on German Prophecy Productions, who were one of many record labels offering the band a record deal immediately after their infamous Roadburn Festival (NL)2016 showcase.

Ascension of the Watchers