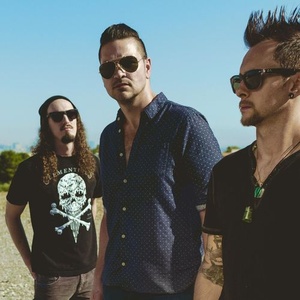 An electric night of live music

Adelitas Way is an American hard rock band formed in Las Vegas, Nevada in 2006. The band's debut single "Invincible", broke them into the mainstream scene after the song made numerous television appearances in commercials and live sporting events. As of 2017, the band has toured with notable acts such as Shinedown, Guns N' Roses, Creed, Papa Roach, Godsmack, Theory of a Deadman, Seether, Three Days Grace, Breaking Benjamin, Deftones, Puddle of Mudd, Sick Puppies, Staind, Alter Bridge, Skillet, Halestorm, Thousand Foot Krutch and others.