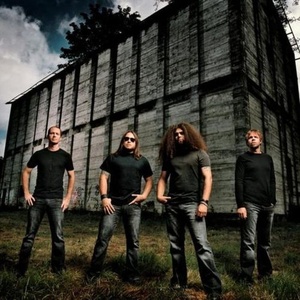 Upcoming events: 7
Subscribers:  1
My Rock Shows — search for concerts and buy tickets in more than 50 countries.
Join us

About Coheed And Cambria

Coheed and Cambria is an American progressive rock band from Nyack, New York, formed in 1995. The band consists of Claudio Sanchez (lead vocals, rhythm guitar, keyboards), Travis Stever (lead guitar, backing vocals), Josh Eppard (drums, keyboards, backing vocals), and Zach Cooper (bass, backing vocals) The group's music incorporates aspects of progressive rock, pop, heavy metal, and post-hardcore.
Most of Coheed and Cambria's albums are concept albums based on a science fiction storyline called The Amory Wars, a series written by Claudio Sanchez, which has been transcribed into a series of comic books as well as a full-length novel. The band has released eight studio albums, three live albums, and several special-edition releases. Their most recent release, The Color Before the Sun, is the band's first non-conceptual album since their inception. It reached #10 on the Billboard 200. Its predecessors The Afterman: Descension; Year of the Black Rainbow and Good Apollo, I'm Burning Star IV, Volume One: From Fear Through The Eyes of Madness all reached the top 10 as well.

Experimental Rock Alternative Rock
They are subscribed to this band