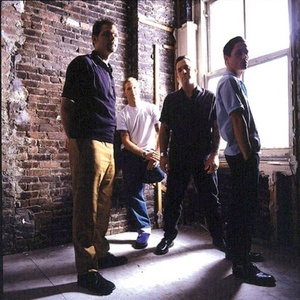 Upcoming concerts: 13
My Rock Shows — search for concerts and buy tickets in more than 50 countries.
Join us

Here you can find all upcoming Face To Face concerts. If the concert schedule is not right, please contact us and we will add a gig of Face To Face in 2021 or 2022 in our database.

Click Subscribe to track Face To Face on My Rock Shows. We'll notify you about new dates!

About Face To Face

Face to Face is a punk rock band from Victorville, California, formed in 1991 by front man Trever Keith, bassist Matt Riddle and drummer Rob Kurth. The band rose to fame with their 1995 album Big Choice, featuring the radio hit "Disconnected" that was first played by KROQ and appeared in the movies Tank Girl and National Lampoon's Senior Trip.
Face to Face officially split up in September 2004, allowing the band members time to focus on other projects. During that time all the band members played in a number of post-Face to Face projects including Legion of Doom, Me First and the Gimme Gimmes, The Offspring and Saves the Day. In April 2008, after a four-year hiatus, Face to Face performed together for the first time at The Glasshouse in Pomona, California. Since then, the band has continued to perform and has released three more studio albums.