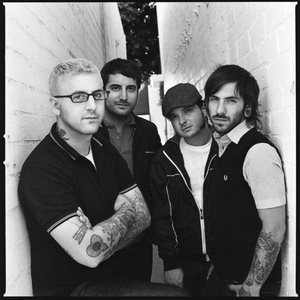 Upcoming events: 31
Subscribers:  2
My Rock Shows — search for concerts and buy tickets in more than 50 countries.
Join us

Here you can find all upcoming Bayside concerts. If the concert schedule is not right, please contact us and we will add a gig of Bayside in 2021 or 2022 in our database.

Click the "Subscribe" button and get notified by MyRockShows about Bayside upcoming events. Explore this page to find details of upcoming events of Bayside, including the venue address and tickets cost.

Please contact us in case you see a mistake in Bayside events dates or if MyRockShows is leaving out any of Bayside upcoming gigs.

Bayside is an American rock band from New York City, formed in 2000, currently consisting of lead vocalist/guitarist Anthony Raneri, lead guitarist Jack O'Shea, bassist Nick Ghanbarian, and drummer Chris Guglielmo.
Since their formation, the group has released seven full-length albums, with their debut, Sirens and Condolences, in 2004, and the release of 2005's follow-up, Bayside, launching the band into mainstream success. The band released four more albums: The Walking Wounded (2007), Shudder (2008), Killing Time (2011), and Cult (2014), which peaked at #24 on the US Billboard charts.
The group's latest full-length album, Vacancy, was released on August 19, 2016, with mostly positive reviews.