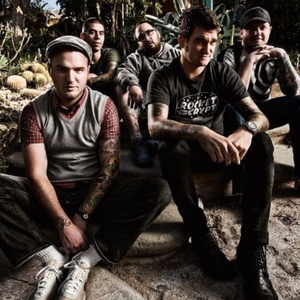 Here you can find all upcoming New Found Glory concerts. If the concert schedule is not right, please contact us and we will add a gig of New Found Glory in 2021 or 2022 in our database.

New Found Glory (formerly A New Found Glory) is an American rock band from Coral Springs, Florida, formed in 1997. The band currently consists of Jordan Pundik (lead vocals), Ian Grushka (bass guitar), Chad Gilbert (lead guitar, backing vocals), and Cyrus Bolooki (drums). Longtime rhythm guitarist and lyricist Steve Klein departed from the band in late 2013, following "personal differences." During their lengthy recording career, the band have released nine studio albums, one live album, two EPs, and three cover albums.
Emerging as part of the second wave of pop punk in the late 1990s, music critics consider them a key pioneer of the genre. Labelled the "godfathers of pop punk", AllMusic credits them for "practically serving alongside the work of Blink-182 as the blueprint to the entire genre for the early 2000s." Also renowned for their energetic live performances, the band has garnered a cult following since their inception.