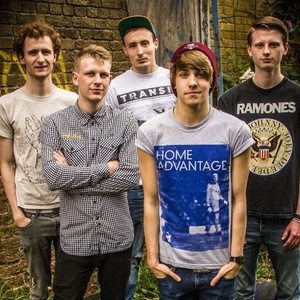 Upcoming events: 29
Subscribers:  1
My Rock Shows — search for concerts and buy tickets in more than 50 countries.
Join us
Sign in

Here you can find all upcoming As It Is concerts. If the concert schedule is not right, please contact us and we will add a gig of As It Is in 2022 or 2023 in our database.

Click the "Subscribe" button and get notified by MyRockShows about As It Is upcoming events. Explore this page to find details of upcoming events of As It Is, including the venue address and tickets cost.

About As It Is

As It Is (often stylized as ΛS IT IS or Λ\) is a British pop punk band based in Brighton, England. The band was formed in 2012, and signed to Fearless Records on 2 October 2014. The group consists of lead vocalist Patty Walters, guitarist and vocalist Ben Langford-Biss, guitarist Andy Westhead, bassist Alistair Testo, and drummer Patrick Foley.
The band has released four EPs and two albums, titled Never Happy, Ever After, which was released by Fearless Records on 20 of April 2015 in Europe and on 21 April 2015 in the US. and okay., which was released on 20 January 2017.

Pop Punk
They are subscribed to this band