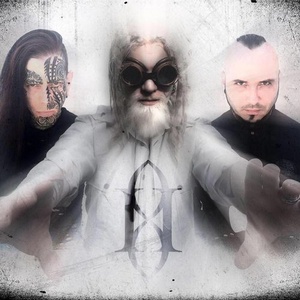 Here you can find all upcoming Gemini Syndrome concerts. If the concert schedule is not right, please contact us and we will add a gig of Gemini Syndrome in 2021 or 2022 in our database.

Gemini Syndrome is an American alternative metal band formed in 2010 in Los Angeles, California. The band currently consists of vocalist Aaron Nordstrom, drummer Brian Steele Medina and bassist Alessandro "(AP)" Paveri. Their debut album, titled Lux, was released in September 2013. Reviewers drew comparisons to bands like Mudvayne, Five Finger Death Punch, and Tool. Four singles spawned from Lux: "Pleasure and Pain," "Left of Me," "Basement," and "Stardust," which peaked at no. 19 on the Mainstream Rock Tracks chart.
The band released their new single, "Eternity", on August 14, 2015. It premiered on Sirius XM Octane and was available for download on iTunes as well. Their second album, Memento Mori, which promises a heavier and more melodic side of the band, was originally to have been released on March 1, 2016, but was later released on August 16, 2016.
A post on the band's official Facebook page on June 17, 2016 announced that Daniel Sahagún and Charles Lee Salvaggio had joined the band.
As of July 21, 2017 Charles announced his departure from the band on his Facebook page.