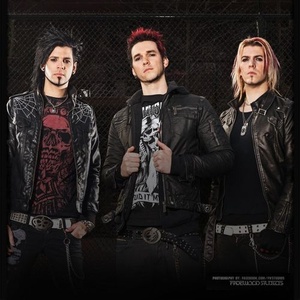 Here you can find all upcoming Like A Storm concerts. If the concert schedule is not right, please contact us and we will add a gig of Like A Storm in 2021 or 2022 in our database.

Like a Storm is a hard rock band from Auckland, New Zealand, best known for combining heavy baritone guitar riffs and hard rock songs with didgeridoo. Formed by Chris, Kent, and Matt Brooks, Like a Storm have shared American & European stages with Alter Bridge, Korn, Shinedown, Black Veil Brides, Creed, Puddle of Mudd, Staind, Sick Puppies, and many others, as well as touring North America extensively as a headline act. Like a Storm are the highest charting New Zealand hard rock band in American radio history. Both of Like a Storm's two studio albums, "The End of the Beginning" and "Awaken the Fire", debuted in the Billboard 200. The band has toured with Alter Bridge, Black Stone Cherry, Three Days Grace, Steel Panther, Shinedown and Hellyeah.