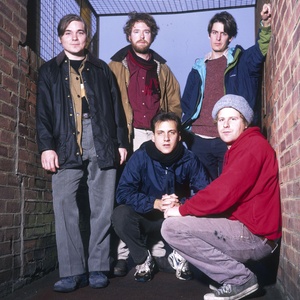 Concert of Pavement in Store Vega

You have a great opportunity to see Pavement, on Oct. 29, 2022 at Store Vega in Copenhagen.

Pavement is an American indie rock band that formed in Stockton, California, in 1989. For most of their career, the group consisted of Stephen Malkmus (vocals and guitar), Scott Kannberg (guitar and vocals), Mark Ibold (bass), Steve West (drums) and Bob Nastanovich (percussion and vocals). Initially conceived as a recording project, the band at first avoided press or live performances, while attracting considerable underground attention with their early releases. Gradually evolving into a more polished band, Pavement recorded five full-length albums and ten EPs over the course of their decade-long career, though they disbanded with some acrimony in 1999 as the members moved on to other projects. In 2010, they undertook a well-received reunion tour, with another reunion tour across Europe and the United States scheduled for 2022.

Though only briefly brushing the mainstream with the single "Cut Your Hair" in 1994, Pavement was a successful indie rock band. Rather than signing with a major label as many of their 1980s forebears had done, they remained signed to independent labels throughout their career and have often been described as one of the most influential bands to emerge from the American underground in the '90s. Some prominent music critics, such as Robert Christgau and Stephen Thomas Erlewine, called them the best band of the 1990s. In their career, they also achieved a significant cult following.