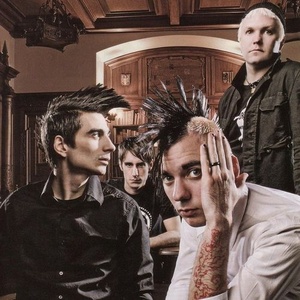 Concert Anti-Flag in Purgatory at The Masquerade

You have a great opportunity to see Anti-Flag, on March 22, 2020 at Purgatory at The Masquerade in Atlanta, GA.

Anti-Flag are an American punk rock band from Pittsburgh, Pennsylvania, United States. The band is well known for politically charged lyrics and activism, focusing on anti-war activism, anti-imperialism, class struggle, human rights, and various sociopolitical sentiments. The line-up includes singer/guitarist Justin Sane and drummer Pat Thetic, who founded the band; later members are guitarist Chris Head, and singer/bassist Chris Barker (#2) who replaced Jamie "Cock" Towns, who had replaced original bassist Andy Flag in 1997 following his departure one year prior. Anti-Flag is known also for their advocacy of progressive political action groups such as Greenpeace and Amnesty International. Most recently, the band has declared solidarity with the global Occupy Together movement.

Purgatory at The Masquerade