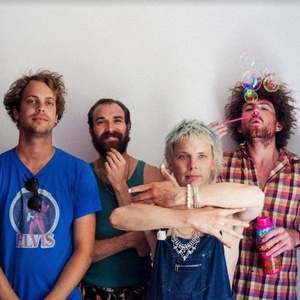 Upcoming events: 6
Subscribers:  1
My Rock Shows — search for concerts and buy tickets in more than 50 countries.
Join us

Here you can find all upcoming Pond concerts. If the concert schedule is not right, please contact us and we will add a gig of Pond in 2021 or 2022 in our database.

Pond is a psychedelic rock band from Perth, Western Australia, formed in 2008. Featuring a revolving line-up, the band currently consists of Nick Allbrook, Jay Watson, Joe Ryan and Jamie Terry.
Pond often shares its members with fellow Australian psychedelic rock band Tame Impala. Jay Watson is a full member of both acts, while Pond band leader Nick Allbrook contributed to both bands from 2009 until 2013. Current Tame Impala members Kevin Parker, Cam Avery and Julien Barbagallo are all former members of Pond, with Parker continuing to work with the band as its record producer.