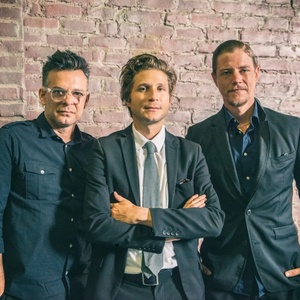 Upcoming events: 26
Subscribers:  1
My Rock Shows — search for concerts and buy tickets in more than 50 countries.
Join us
Sign in
Follow us on social media

Here you can find all upcoming Interpol concerts. If the concert schedule is not right, please contact us and we will add a gig of Interpol in 2022 or 2023 in our database.

Click the "Subscribe" button and get notified by MyRockShows about Interpol upcoming events. Explore this page to find details of upcoming events of Interpol, including the venue address and tickets cost.

Interpol is an American rock band from Manhattan, New York. Formed in 1997, their original line-up consisted of Paul Banks (lead vocals, rhythm guitar), Daniel Kessler (lead guitar, backing vocals), Carlos Dengler (bass guitar, keyboards), and Greg Drudy (drums). Drudy left the band in 2000 and was replaced by Sam Fogarino. Dengler left to pursue other projects in 2010, with Banks taking on the additional role of bassist instead of hiring a new one.

Having first performed at Luna Lounge alongside peers such as the Strokes, Longwave, the National, and Stellastarr, Interpol is one of the bands associated with the New York indie music scene and one of several groups that emerged from the post-punk revival of the 2000s. The band's sound is generally a mix of staccato bass and rhythmic, harmonized guitar with a snare-heavy mix, drawing comparisons to post-punk bands such as Joy Division, Television, and the Chameleons. The band has no primary songwriter, with each member contributing to composition.

Interpol's debut album Turn On the Bright Lights (2002) was critically acclaimed, making it to No. 10 on NME's list of the top albums of the year and No. 1 on Pitchfork Media's list of the top 50 albums of the year. Subsequent records Antics (2004) and Our Love to Admire (2007) brought greater critical and commercial success. The band released its self-titled fourth album in September 2010, then went on hiatus while they focused on other projects. Their fifth studio album, El Pintor, was released in September 2014. The band embarked on an anniversary tour for Turn On the Bright Lights in 2017, performing the album live in its entirety. The band's sixth studio album, Marauder, was released in August 2018.

Hardcore Punk Post-Hardcore
They are subscribed to this band