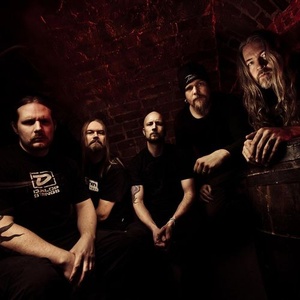 Upcoming events: 44
Subscribers:  9
My Rock Shows — search for concerts and buy tickets in more than 50 countries.
Join us
Sign in

Here you can find all upcoming Meshuggah concerts. If the concert schedule is not right, please contact us and we will add a gig of Meshuggah in 2022 or 2023 in our database.

Click the "Subscribe" button and get notified by MyRockShows about Meshuggah upcoming events. Explore this page to find details of upcoming events of Meshuggah, including the venue address and tickets cost.

Meshuggah /məˈʃʊɡə/ is a Swedish extreme metal band from Umeå, formed in 1987. Meshuggah's line-up consists of founding members vocalist Jens Kidman and lead guitarist Fredrik Thordendal, drummer Tomas Haake, who joined in 1990, rhythm guitarist Mårten Hagström, who joined in 1993 and bassist Dick Lövgren since 2004.
Meshuggah first attracted international attention with the 1995 release Destroy Erase Improve for its fusion of fast-tempo death metal, thrash metal, progressive metal and jazz fusion elements. Since its 2002 album Nothing, Meshuggah has switched from seven-string to downtuned eight-string guitars. Meshuggah has become known for their innovative musical style, complex, polymetered song structures and polyrhythms. Meshuggah was labelled as one of the ten most important hard rock and heavy metal bands by Rolling Stone and as the most important band in metal by Alternative Press. Meshuggah has found little mainstream success as yet, but is a significant act in extreme underground music. Nevertheless, Meshuggah has begun to gain attention and respect among more mainstream audiences since the late 2000s, having also inspired the djent movement within progressive metal.
Since its formation, Meshuggah has released eight studio albums, six EPs and eight music videos. The band has performed in various international festivals, including Ozzfest and Download, and embarked on the obZen world tour from 2008 to 2010. Meshuggah's latest studio album, The Violent Sleep of Reason, was released on 7 October 2016. Nothing and the albums that followed have all charted on the Billboard 200. Meshuggah's most commercially successful album, Koloss, debuted at number 17 in the USA, with first week sales of 18,342 copies. In 2006 and 2009, the band was nominated for a Swedish Grammy Award.

Deathcore Progressive Death Metal
They are subscribed to this band