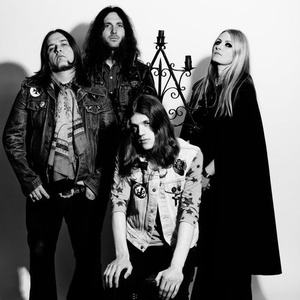 Here you can find all upcoming Electric Wizard concerts. If the concert schedule is not right, please contact us and we will add a gig of Electric Wizard in 2021 or 2022 in our database.

Electric Wizard are an English doom metal band from Dorset. The band formed in 1993 and have recorded eight studio albums, two of which are now considered to be genre landmarks: Come My Fanatics... (1997) and Dopethrone (2000). Electric Wizard's brand of doom metal incorporates stoner and sludge traits, with lyrics focusing on the occult, witchcraft, H.P. Lovecraft, horror films and cannabis. In 2014 they formed Witchfinder Records, an imprint of Spinefarm Records, on which they plan to release all future albums.