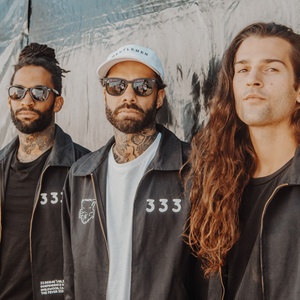 Upcoming events: 41
Subscribers:  4
My Rock Shows — search for concerts and buy tickets in more than 50 countries.
Join us

Here you can find all upcoming FEVER 333 concerts. If the concert schedule is not right, please contact us and we will add a gig of FEVER 333 in 2021 or 2022 in our database.

Fever 333 or the Fever 333 (both stylized in all caps) is an American rock band formed in Inglewood, California in July 2017. The three-piece band consists of former Letlive vocalist Jason Aalon Butler, former the Chariot guitarist Stephen Harrison and Night Verses drummer Aric Improta.

The band's debut extended play (EP), Made an America, was released on March 23, 2018. The group is signed to Roadrunner Records and 333 Wreckords.

Metalcore Post-Hardcore
They track this band: